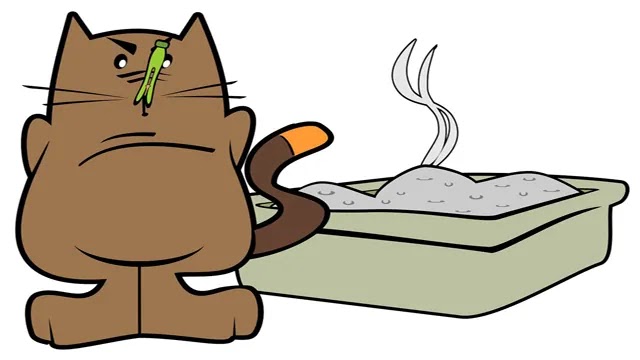 I am a cat lover! We share our home with two cats. They both have pleasant personalities and are great company. When my husband was growing up his family had dogs not cats. It took him a period of time to agree to have a cat in the house. He likes our cats however he is always concerned about the odor from the cat litter box.

The problem with having cats has always been finding a good place to put the cat litter box. That's the main reason why a lot of people put there cats outside.

I have a sixteen year old cat that I have had since she was a tiny kitten. She has come with me from apartment to apartment and I have always had trouble finding a good place for her litter box.

Every apartment I have lived in was too small and never had the best spot to put a cat litter box. I sometimes kept it in my bathroom and used the litter that clumps so that it was much easier to clean on a daily basis. Sometimes the cats litter box went in the utility closet when there was one.

I now live in a house with a total of about nine hundred square feet. There is a little room off of the kitchen for the washer and dryer. At first thought, this was the perfect place for the it. I had to reassess this assumption because I did not want my clean clothes coming out of the dryer into a room where the litter box lived. Afraid that having the it too close to my laundry would cause my clean clothes to pick up the litter box smell, I looked for another place to put it.

Try as you might, you will not be able to kill the smell with air fresheners or sprays. Your best bet would be to use a litter that contains baking soda or charcoal as these ingredients do a good job of absorbing odors. The goal should always be to absorb odors and not mask them with another one.

I found a great litter that had baking soda in it and that did a great job of keeping the smell low in my cramped apartment. If you do not want to spend a lot of money on fancy litter, just sprinkle a tiny bit of baking soda in the box twice a week.

I once purchased a cat litter box cover that worked pretty well. There was a little door on the front that my cat would walk through. It gave her some privacy and helped keep the litter in the box. Cat lovers know that when they use the litter box, they cover what they have left behind by kicking up a bunch of litter which always flies out of the box and onto the floor.

Cleaning cat litter box is not on the top of most people's list so anything that helps with this chore is good to know. Anyway, the box with the cover kept litter off of my floor and kept in odors as well. I highly recommend it for managing odors in your home.

Some litter will get out even when you have a cover on your litter box so I recommend a cat matt for in front of the litter box. I swear by the cat matt because it traps all the litter as the cat comes out of the box and it helps clean their paws as well. Many people wonder why this helps and exaclty how? Well, the matt has tiny little grips that catch all the litter and cats seem to like to rub there paws on it as they come out. 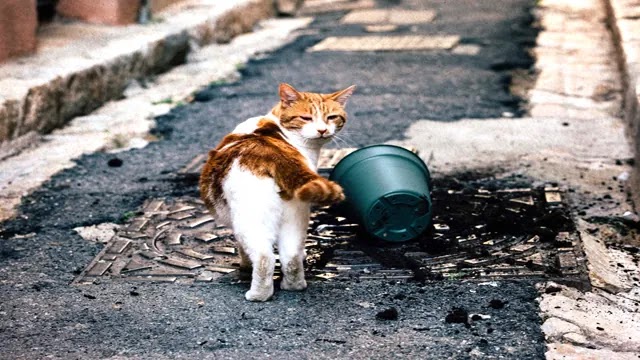 Through the years we have had a number of cats. Our first cat was black and was quite independent. He liked to sleep in the house; however he also spent a great deal of time outside on our hobby farm. He did not like using a cat litter box so he would cry by the door when he needed to urinate or move his bowels. This worked great. We kept it in the basement for him to use if we were gone from home. We used a natural litter that was made from recycled newspaper. This worked great because of the limited use that the box had.

When the black cat was 16 years old we adopted a Siamese that was two years old. He had been de-clawed, so we could not let him go outside. This meant that we needed a cat litter box that would be used on a regular basis.

The natural litter did nothing to control odor so we needed to try a different product. When we adopted our new cat the previous owner sent along a cat litter box, carrier and some food as well as litter. We decided that we would keep both litter boxes so that neither cat would have to change what they were used to.

Shortly after adopting the second cat we moved to a different location. This meant everyone adjusting to a new routine. The cat litter box was now in a basement area that was easy to access for the younger cat but the steps were difficult for the old black cat.