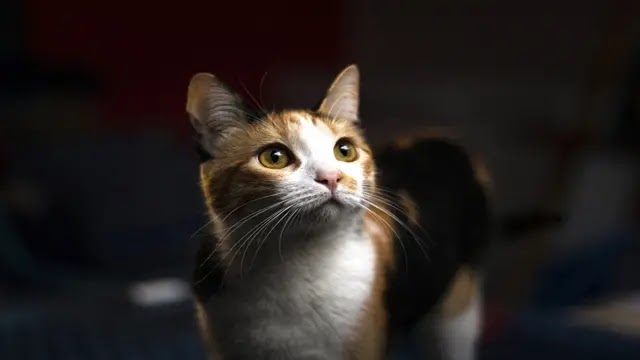 We’ve got 10 weird cats for you! Have you heard any of these before ?

1.Cats will almost never meow at other cats. They mostly just meow at humans. Instead, cats will typically will spit, purr, and hiss at other cats.

3. Cats are very sensitive to vibrations. They are said to be able to detect earthquake tremors 10 to 15 minutes before humans can.

4. Cats have 230 bones in its body, while a human has 206. Cats also have no collarbone, so they can fit through any opening the size of their head.

5. Cats do not have sweat glands all over their bodies the way humans do. Instead, they only sweat through their paws.

6. There are cats that have survived falls of over 65 feet, due in large part to their “righting reflex.” The eyes and balance organs in the inner ear tell cats where they are in space so that they can land on their feet. Even cats without a tail have this ability.

7. Cats’ nose pads are ridged with a unique pattern, just like human fingerprints.

8. Cats can jump up to five times their own height in a single bound.

9. Cats’ brains are biologically more similar to human brains than they are to dogs’. Both humans and cats have identical regions in their brains that are responsible for emotions.

10. Cats make about 100 different sounds while dogs make only about 10.