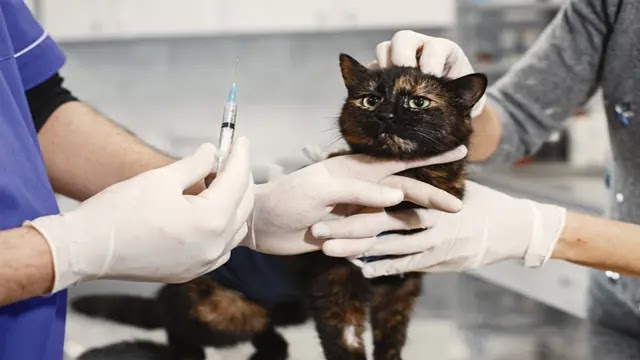 Pancreatitis in cats can be a serious disease, and it is a disease that can at times be very expensive to treat. The pancreas is a rather small organ, but it is one that performs two life-sustaining functions. Pancreatitis – in this case, feline pancreatitis – is a condition in which the pancreas has become inflamed. The inflammation in itself is not necessarily life-threatening, but what is causing the inflammation to occur definitely can be.

The Functions of the Feline Pancreas and the Relationship to Pancreatitis

The feline pancreas has functions similar to those of the human pancreas. It is a small, glandular organ located in the lower abdomen. The pancreas is part of the feline digestive system. It performs both endocrine and exocrine functions.

Only a small part of the feline pancreas is involved in the endocrine function, but this function nevertheless plays a vital role in the animal’s existence. The endocrine function is performed by a number of small clusters of cells. These cell clusters produce two hormones, glucagon and insulin. The former stimulates blood sugar production, while the latter maintains the blood sugar at the proper levels.

The larger part of the feline pancreas is devoted to performing the exocrine function, which is the major activity that is performed by the pancreas. As regards exocrine function, a liquid is produced and secreted. The liquid is passed into the small intestine where it is used to enable the digestion of carbohydrates, proteins, and fat. It is the enzymes present in this liquid that enable the digestive process to take place. These powerful enzymes are not activated until they have been released into the small intestine. If they, for some reason, become activated too soon, they will attack healthy tissues in the cat’s pancreas. The fluid consists of tiny droplets while it is still in the pancreas, and for that reason, it does generally come into contact with the tissues of the pancreas itself. The enzymes would still have to be activated to harm pancreatic tissues however.

If the enzymes in the aforementioned fluid should happen to become activated while still in the feline pancreas, they can cause inflammation of the pancreas and of the surrounding tissues as well. This inflammatory condition is what is known as pancreatitis. In severe cases, the pancreatic enzymes are literally the digesting parts of the pancreas itself, in addition to interfering with the normal functioning of the organ. Feline pancreatitis can therefore be a serious and potentially fatal disorder of cats.

Feline Pancreatitis and Its Causes

The causes of feline pancreatitis are for the most part unknown, which can make treatment quite difficult at times and finding a cure even more so. There appear to be a number of possible causes, ranging from infections, to ingestion of toxic substances, to injury of the pancreas itself. Some diseases or disorders such as inflammatory bowel disease and infectious peritonitis are believed to be involved in triggering bouts of pancreatitis. There are also several medications that apparently can trigger pancreatitis. These include diuretics, catabolic steroids such as prednisone, and phenobarbital.

Pet foods that cause inflammation in a cat’s digestive tract due to a food allergy may or may not contribute to the disease, but it is a known fact that cats who have one type of digestive system disorder or another are more prone to attacks of pancreatitis. While any of these possible causes appear to be a potential contributor to the disease, what actually causes the exocrine function to misbehave remains a mystery. In other words, it is not known what causes the digestive enzymes to be activated prematurely. At times, the disorder is acute; that is, it occurs suddenly in a seemingly healthy feline pancreas. In most cases, the disorder develops slowly.

An enzyme deficiency can also be a potential contributor. Most, if not all, processed pet foods lack natural enzymes. This lack of natural enzymes can over time stress the cat’s pancreas, potentially leading to an inflammatory condition. Animals that eat in the wild will usually ingest enough of these natural enzymes, which might mean that if your cat eats a mouse, it should be considered to be a good thing – as long as the mouse is not harboring any disease.

One of the major problems associated with pancreatitis in cats is the general lack of obvious symptoms. While dogs may exhibit overt signs of illness, cats may appear to be perfectly normal, especially during the initial stages of the disease. One possible sign of trouble might be if your cat habitually eats like clockwork and suddenly appears reluctant to eat at times. Many cats are finicky eaters however. They eat only when they want to and only as much or as little as they want to. Finicky eating habits could be a symptom of pancreatitis or they could be a cat’s normal behavior.

There are no symptoms that point directly at pancreatitis to the exclusion of all other possible disorders. There are, for example, many different things that can cause pain in a kitty’s abdomen. What you really need to be aware of are changes in your cat’s day-to-day behavior that come about rather suddenly.

If your cat refuses to eat or drink at all, stops its playful behavior, or sleeps more than usual, it’s always a good idea to take it to the vet for an exam and possible diagnosis. Diagnosing pancreatitis is often a case of eliminating possibilities of other disorders since without the right tests, determining that pancreatitis is the problem can all too often be difficult to establish.

Diagnosing feline pancreatitis most often requires a thorough physical examination and blood work. X-rays are of little help since the cat’s pancreas is not easily observed by radiological means. X-rays are still likely to be taken however in an attempt to determine what the unknown malady is, and if nothing is observed, disorders such as blockage of the intestines can be ruled out, leaving pancreatitis as one of the remaining possibilities. Ultrasound may indicate the presence of the disease, but then again it may not.

One sure way to determine if pancreatitis is present is by means of a biopsy, but a veterinarian may be hesitant to perform one if the cat is seriously ill and surgical intervention, even though somewhat minor, could possibly prove fatal. This can sometimes be a situation during which a difficult decision would need to be made.

According to the ‘Healthy Pets’ website, there is a test that claims to be the best method at providing an accurate diagnosis. It is the pancreatic lipase immunoreactivity (PLI) test, which was developed at Texas A&M University’s veterinary school. The test, which does not yet have wide usage, can not only diagnose the disease but also, following treatment, can determine if the inflammation is still present or the cat has indeed been cured.

There are three areas requiring attention when treating pancreatitis in cats. These are pain management, fluid therapy, and nutritional support. There are times when pancreatitis is accompanied by another disease or disorder, such as inflammatory bowel disease or diabetes mellitus, and both disorders may sometimes need to be treated concurrently.

In addition to the three types of therapy described above, some cats will benefit from insulin therapy, while others do not require it. Antacid therapy is recommended in some cases, as is antioxidant therapy. In some instances, cobalamin, which is a vitamin B12 supplement, may be administered, especially if the cat has concurrent inflammatory bowel disease. Antibiotics are seldom prescribed since pancreatitis is essentially a sterile condition and bacterial infection is not involved.

There are times when a cat will survive a pancreatitis flare-up without a problem. There are also times when it will not. In general, the prognosis of pancreatitis in cats would best be described as being guarded, even when a cat has been diagnosed with the disease and has been successfully treated.

If the cat is very ill, there will, in some instances, be tough decisions that will have to be made, as the animal may have to be hospitalized for a time in order to be given both its medication and its nutrition intravenously. This can over time add up to the considerable expense, more than many pet owners are capable of meeting. To compound the problem, if the cat is a very young kitten or is an old cat in an already weakened condition, a total cure may not be forthcoming. Even if it is cured, if a cat is not in the best of health, the disease could return.

It is worth noting that it has been estimated that roughly half of the cats that died and have had an autopsy performed had pancreatitis to one degree or another, but that the disease was not necessarily the cause of the cat’s death. This is somewhat analogous to the case where humans who had lived to a ripe old age but died of so-called natural causes are shown to have harbored one or more diseases that might have eventually led to their deaths but did not. While pancreatitis can be a deadly disease, it appears that it affects many more cats than one might think, but in a milder form that the cat is able to tolerate and live out its natural life span. 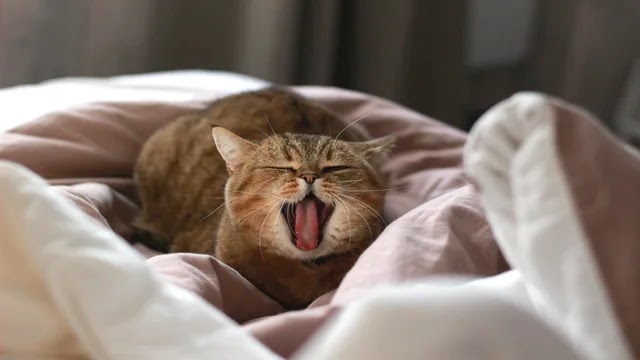 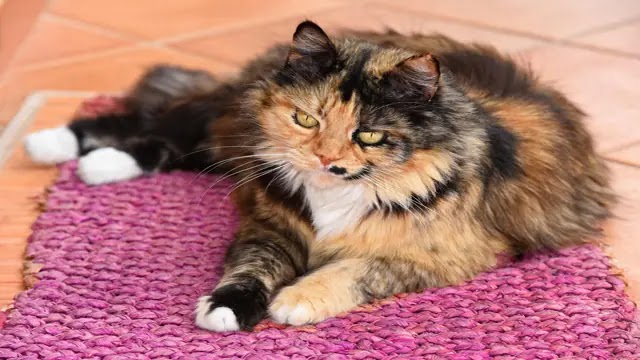 What You Can Do to Cure Cat Hair Loss

How To Treat Pancreatitis in Cats 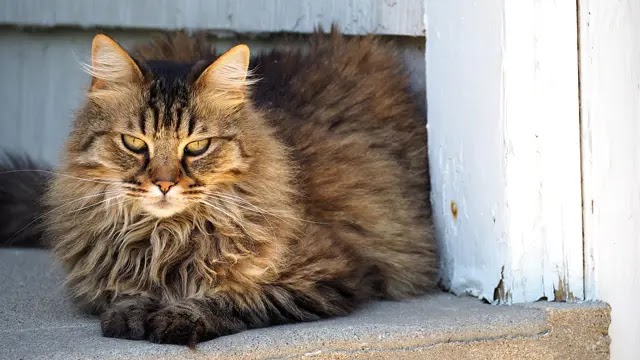 Treatments for Cat Hairballs May Be Easier Than You Think!